Yep, I was out of town for a short vacation for our second Disney Cruise. We’d been chomping to go ever since we went for our 25th anniversary. 8 years later, we finally made it! Was a ton of fun. 🙂

I split the pics into 4 albums, so I will put in a few pics and links if you’d like to see more. 🙂 It’s kind of funky how the album shows all the pics at once and you can then pic and choose the ones to look at for commentary and more detail. Still, it gives you a quick feel for what’s in there.

This voyage we were on the Disney Wonder! 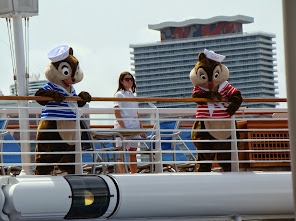 Chip N Dale Dancing and welcoming people once we were all on board.
The first album is pics of the ship and while at Miami and when we left. 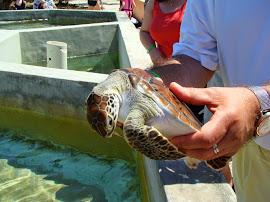 Isn’t he CUTE?!?!?!  I learned you can rub the baby sea turtles under the neck to calm them down. They were adorable!
The second album is pics we took at the British Island Grand Cayman. You’ll even get to see HELL. Heh heh. 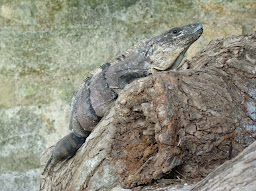 Igua! I was surprised at the size of the iguanas at the island of Cozumel, Qunitana Roo, Mexico.
The third album is pics we took at Cozumel. 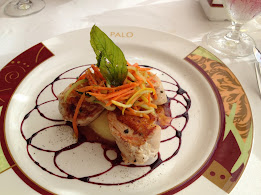 And a cruise is not a cruise without awesome food!
The fourth album is full of food and pictures of the different areas of the ship. I didn’t go as pic crazy as on our first cruise – I think. Heh heh.

This site uses Akismet to reduce spam. Learn how your comment data is processed.

You can find me at: